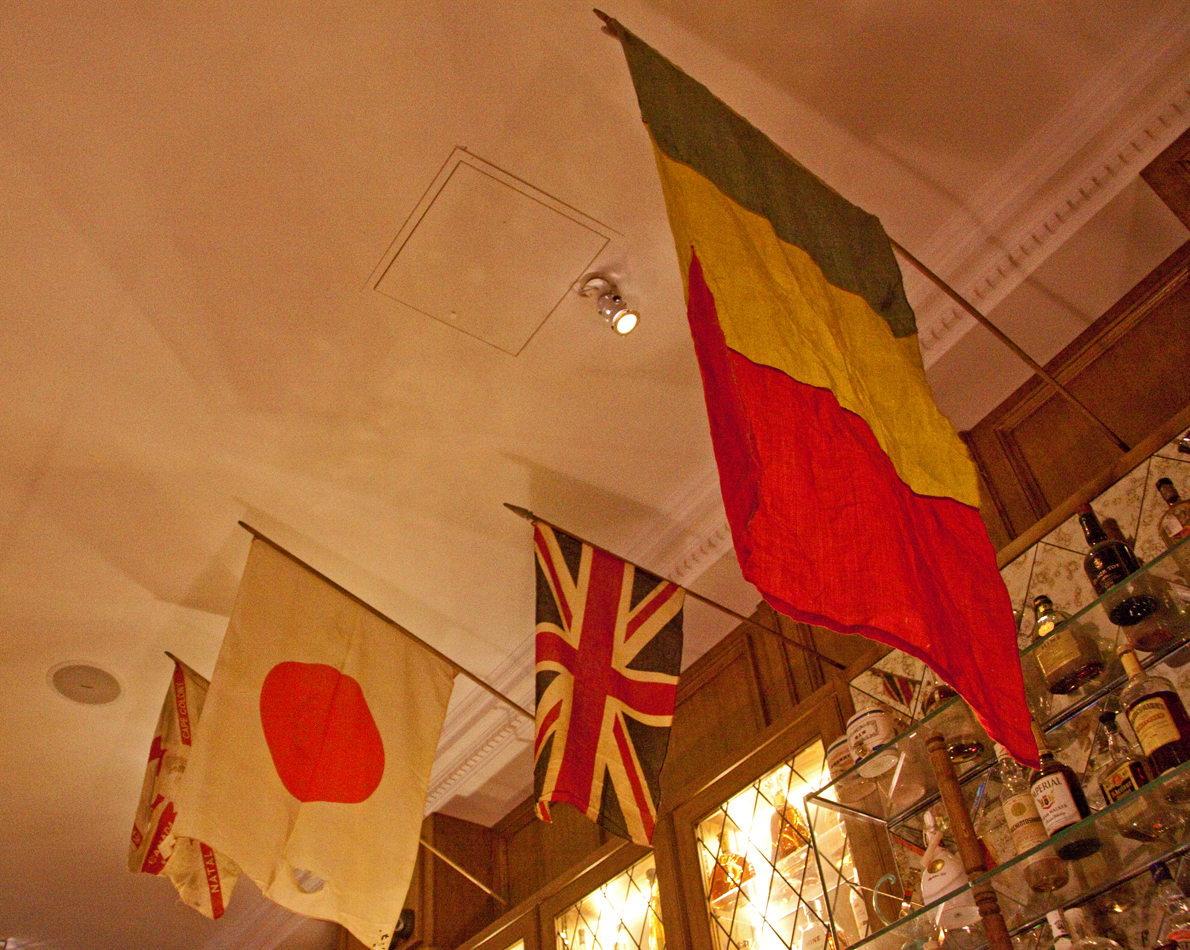 Mr Fogg’s, somewhat obscurely located on a backstreet off Berkeley Square, is a themed cocktail bar. Stay with me: it’s all done rather well.

The theme comes from the Jules Verne book Around the World in Eighty Days, the idea apparently being that this is the abode of Phileas Fogg. It’s fair to say Phileas wasn’t a minimalist, as the whole place is covered in Victoriana collected by said resident during his adventures. There are flags, animal head trophies, lights in wicker bird cages, bicycles hanging down from the ceiling, globes, lots of books – it’s what you imagine the library of the Royal Geographical Society might have looked like at the height of the empire.

Kitsch doesn’t even begin to describe the décor, nor can it be said that it all actually works – the mini hot air balloon (not a mode of transport used in the book, fact fans) looks a bit silly and the real-looking fireplace is fake. But overall you can’t help but like it, and it’s clearly not to be taken too seriously. Case and point is the way you get into the place: as you approach the front door, you have to negotiate a doorman as if it were the private members’ club from which Mr Fogg embarked on his adventure. He raps on the door knocker and rings and pulls a bell to let you in. All the staff are dressed like hotel porters, and are extremely attentive, but not overbearingly so.

While it would be reasonable to assume that the themed element is the primary reason to visit Mr Fogg’s, you’d be wrong, as the cocktails are in fact taken extremely seriously and are damn good (as Phileas might have said). The list is huge, subdivided by the base spirit, and all the selections are original. Each one is contextual to the theme and has a little explanation as to what that is, so for instance The Master’s Foil (Ketel One citron vodka and Antica Formula, stirred with Aperol and orange bitters) is explained by ‘My weapon of choice upon the Proctor’s return’. The Painted Ship (supposedly a fine painting received in 1874 in return for assisting a lady in dire circumstances) is a beautifully balanced mix of Diplomatico Reserva rum, Campari, grapefruit juice and Lapsang Souchong syrup. Quite creamy but with all the flavours in harmony.

Even the heavy cut-glass vessels the cocktails are served in are true to the theme. You get a glass of water and some nibbles as soon as you sit down, which I always find classy, and these were discreetly refilled when I visited the facilities. It’s not cheap though; cocktails start at £12 and the cheapest bottled beer was £6.50. There’s a wine list with an extensive champagne selection, and, as Mr Fogg might well have drank himself, quite a few ports and madeiras. Snacks and sandwiches are also available. 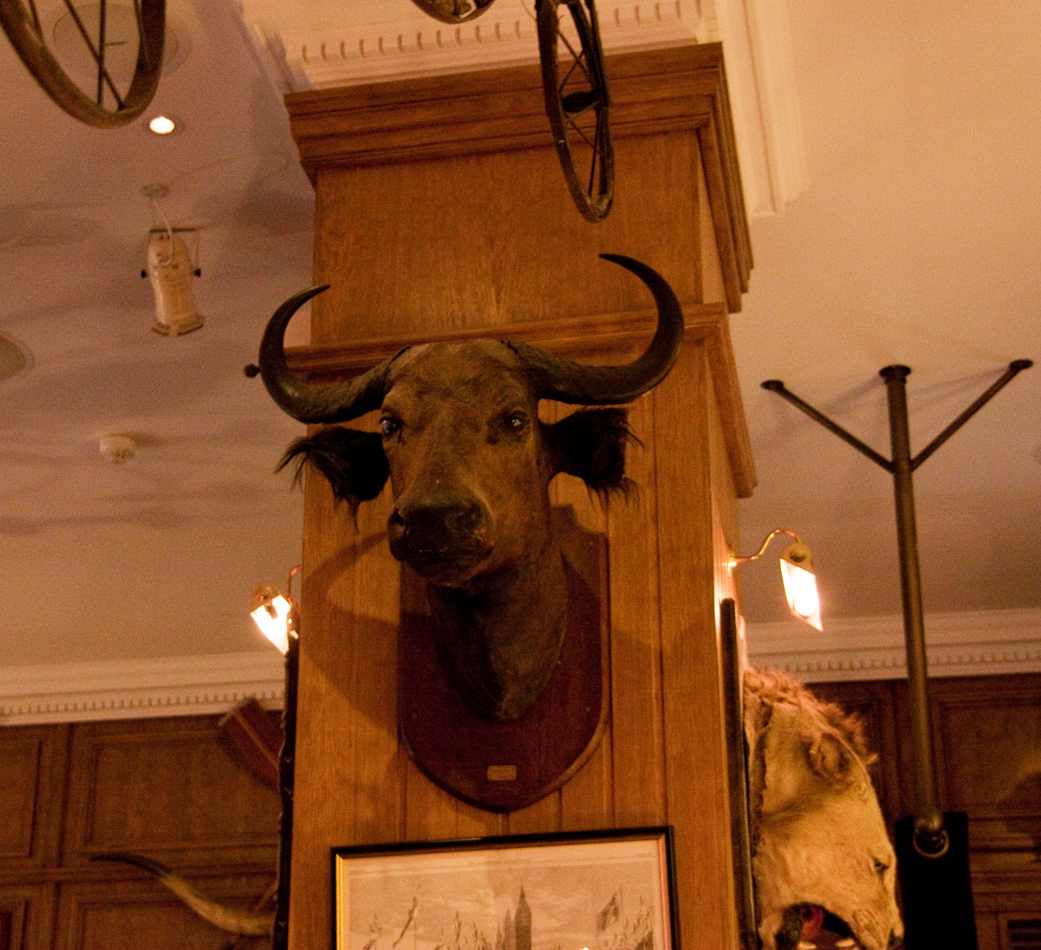 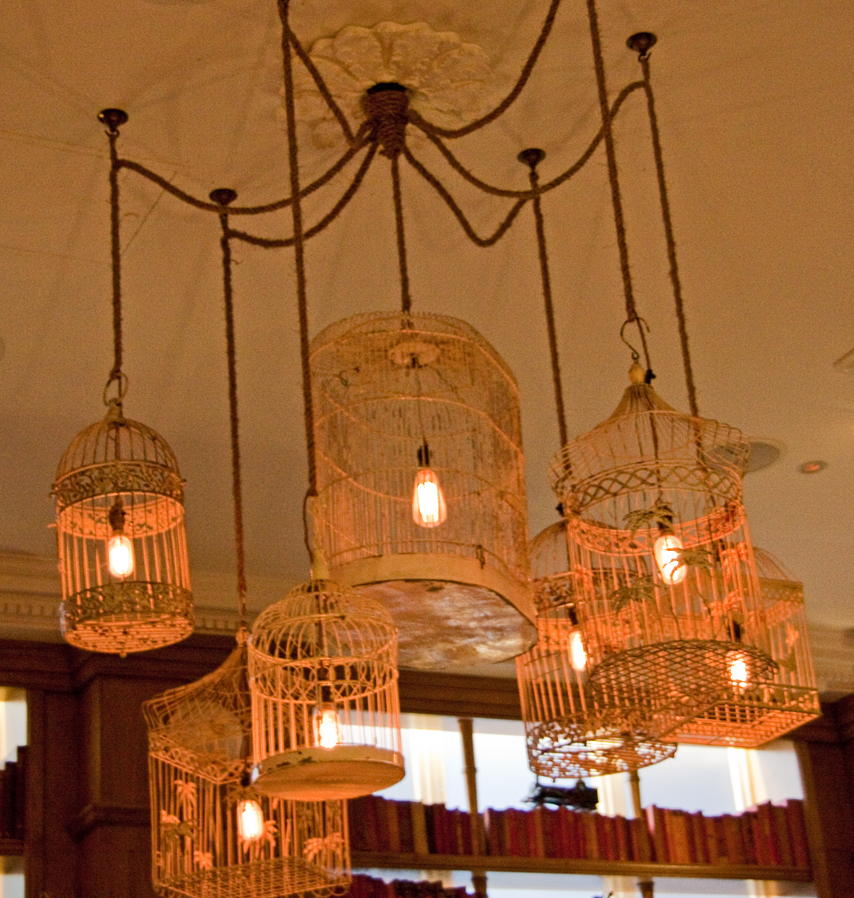 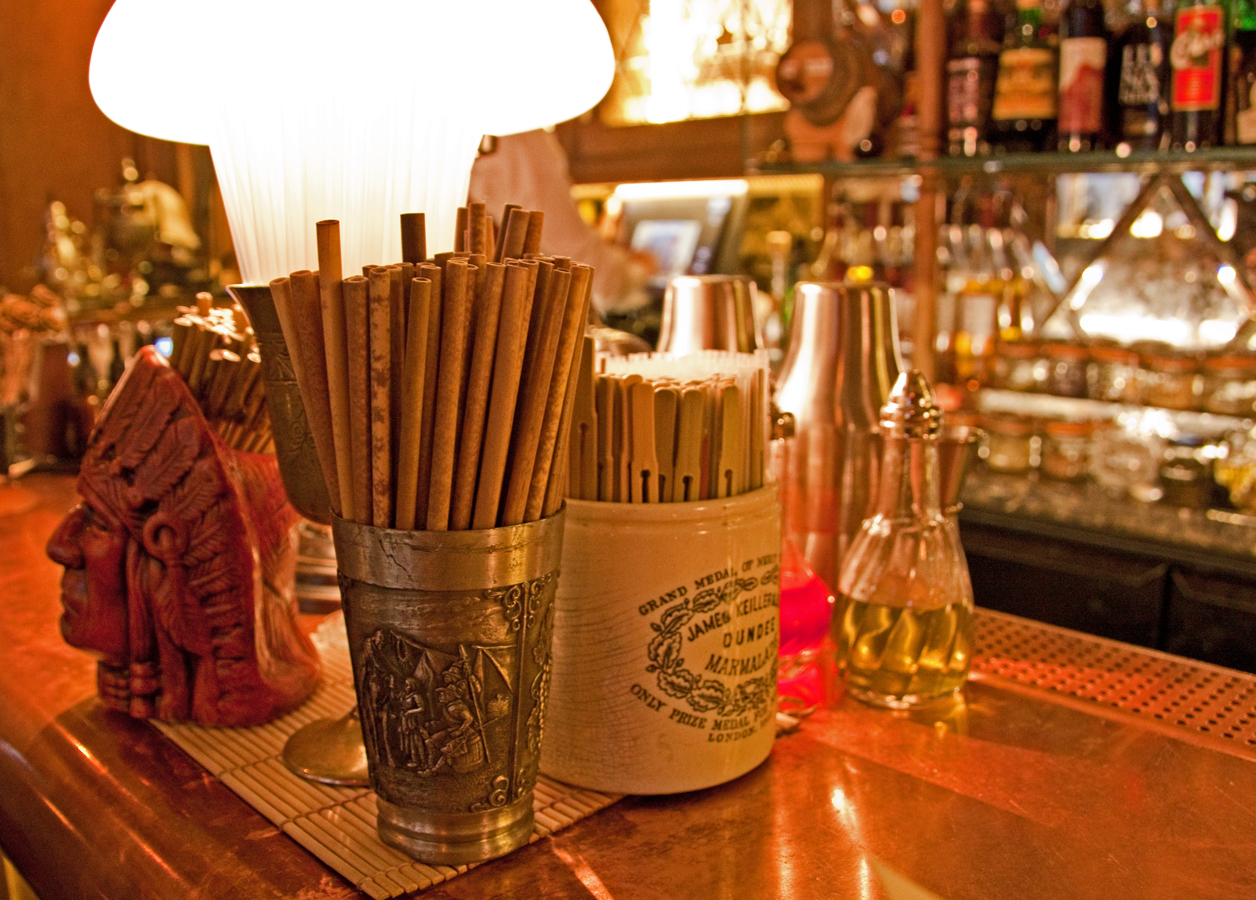 Blogger and amateur pedant Tom has recently come to the understanding that he will never be able to ‘do’ London fully, and a small part of him died. However that hasn’t stopped him trying to eat at every restaurant, drink at every bar and go to every exhibition humanly possible in his quest to know more about what’s going on than anyone else. It makes him a demon pub quizzer too.