Dubbed as ‘the best vegetarian restaurant’ by Cook Vegetarian awards, the Tibits concept originated in Switzerland and was conjured by up three supposedly brave brothers who decided to tackle the lack of choice and change the ‘sorry vegetarian fate’.

While this seems hard to fathom nowadays where choice seems abundant, perhaps 10 years ago, when the first branch was opened in Zurich, this might not have been the case. Now with its first London restaurant, located just off Regent Street, you do wonder how Tibits will fit in amongst the city’s vast array of vegetarian restaurants that already exist. The best way to describe it would be a fancy buffet, and although the ‘b’ word doesn’t tend to sit well amongst most foodies, the surroundings and very stylish décor suggest it to be a perfectly acceptable location for lunch or dinner. The food appears to be very fresh with constant replenishing going on as well as some dishes being changed completely over the course of the evening.

The idea is you take a plate and help yourself to either the cold or hot dishes available and then take them to get weighed at the counter/bar area, where you also make your drink orders. Inventive concoctions range from apple and cucumber mojito to lemonade with passion fruit and crushed ice.

In fact, it is an inviting place to even just have a drink in the lounge area. However, it is slightly annoying having to wait with your tray of hot food at the counter for you drink. If you ordered something simple, fine, but cocktails that took longer meant our food was getting cold. Menu-wise, although there is plenty to choose from, there is more  in the cold section than the warm, and it is hard to avoid your plate looking like a patchwork mess rather than an identifiable meal. But I guess that is the nature of buffets.

It was mainly Middle Eastern fare with the cold starters such as tahina paste, aubergine antipasti, taboule, hummus and falafel (which I did find to be on the tough side). Favourite main dishes were undeniably the Asian-inspired ones such as cauliflower curry and okra tempura. Onion rings and potato wedges also made an appearance for those wanting a bit more grease and a bit less superfood. Dessert I have to say was my favourite, with the passion fruit cheesecake, sticky toffee pudding and sumptuously thick blackberry yoghurt being simply delicious.

I would say that although an enjoyable experience, it is a little on the pricey side (£50 dinner for two including drinks) for a buffet, however tastefully done. I would still recommend for non-veggies, as well as veggies and also theatre goers, who are looking for a quick satisfying bite, just be careful how much you pile on your plate! 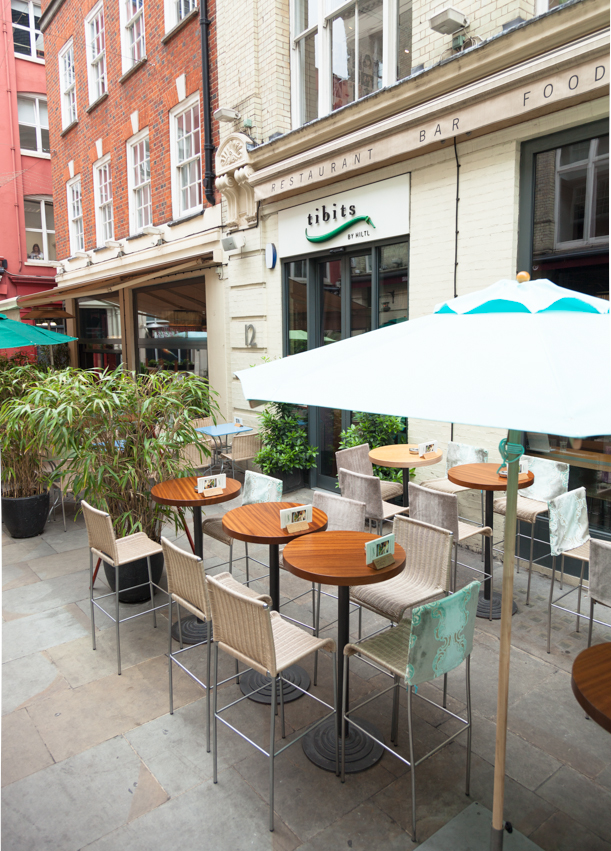 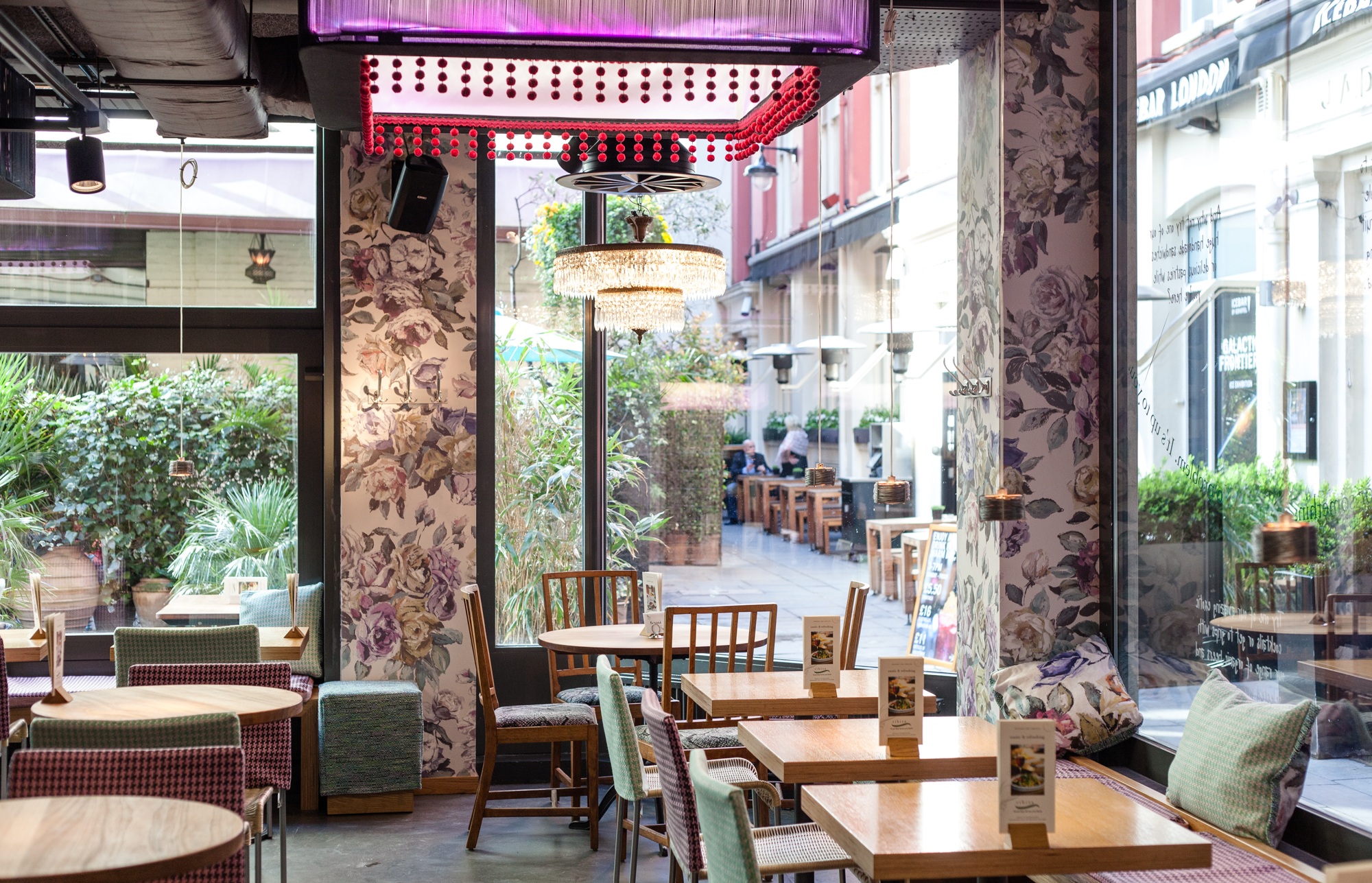 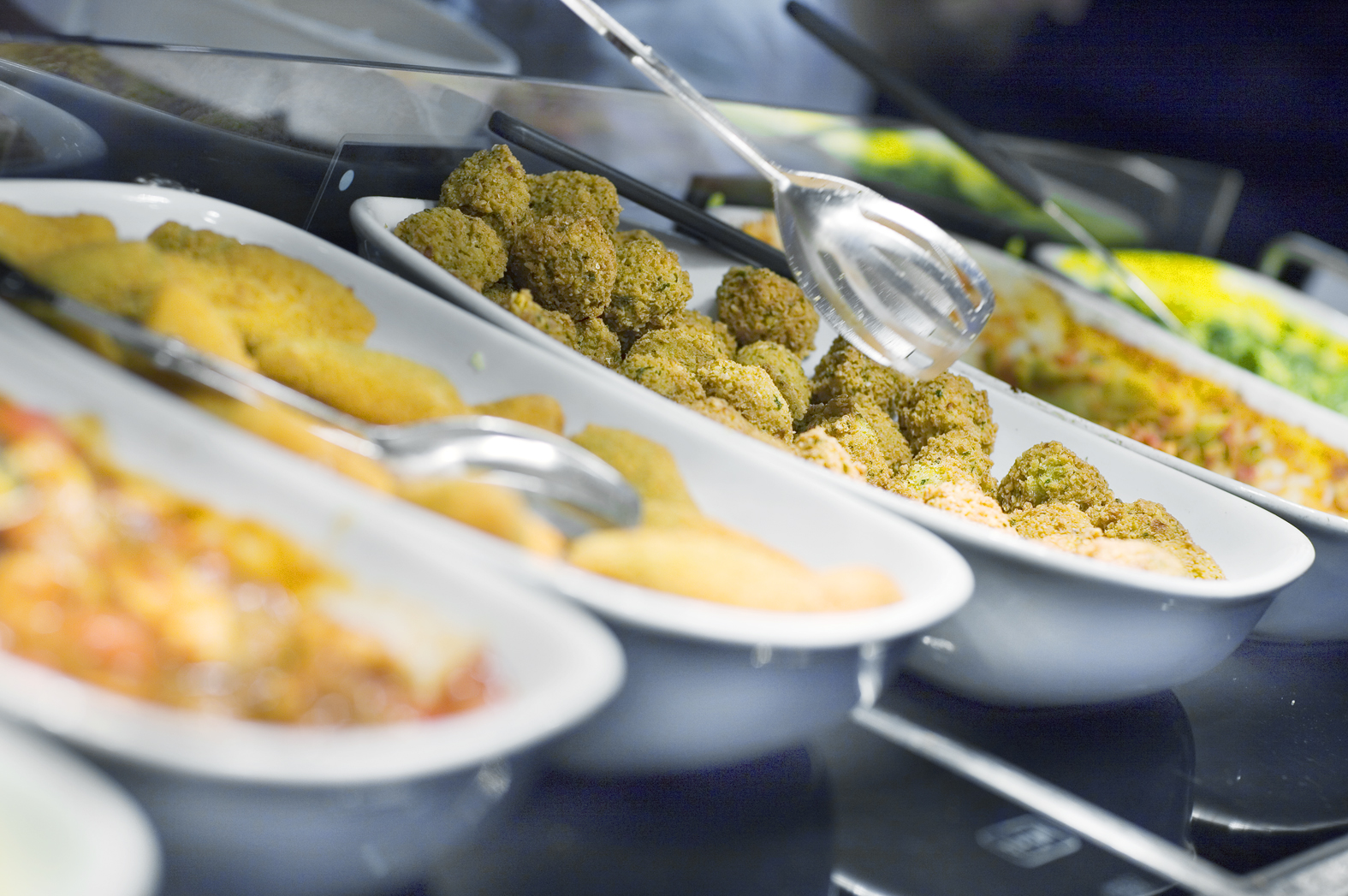 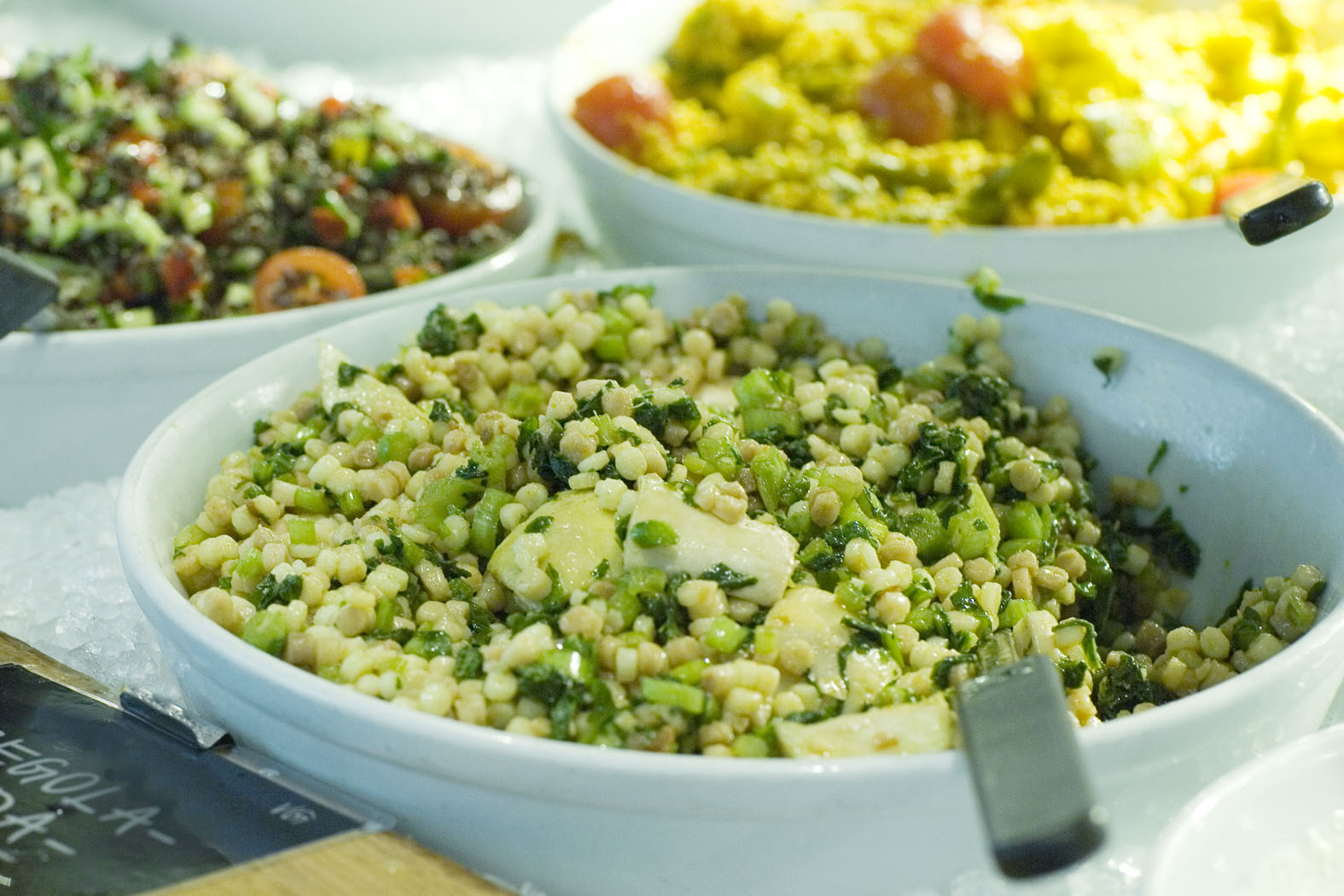