Some foods don’t lend themselves to ‘haute cuisine’. Middle Eastern food is a case in point – up until recently, there were few upmarket restaurants serving authentic food from the region here in London. Perhaps that’s why Kitchenette has opened its latest ‘Mediterranean-inspired’ diner in Putney. And while it achieves the kind of understated, hushed atmosphere of a typically European restaurant, the food is expressive, vivid and great value for money.

Kitchenette is a likeable and friendly place. The waiting staff are attentive and observant, and in spite of the efficient, sharp décor –  smartly laid out with leather sofas and an endless procession of mirrors – it feels relaxed and informal. Transplanting the smoky, aromatic cuisines of the Eastern Mediterranean and the Middle East to a firmly ‘European’ setting does somewhat blur Kitchenette’s identity. I’m not saying that it should churn out some contaminating ‘concept’ in lieu of a proper menu – there are plenty of places like that to choose from in London – but Kitchenette blurs its way into the middle ground, when it should be making more of a fuss about the excellent food it serves.

The name might be generic, but thankfully the food is not.  The menu offers an extremely broad range of meals, from the familiar (burgers, pasta) to the exotic (Kül Basti). Concerning as this mixture is, the food we’re served quickly quashes the fear that Kitchenette is serving dishes beyond its expertise. The standard is high.

The mezze platter is a bit thin on the ground for £12, but each individual example it places before us holds its own. Patlican Kavurma, a juicy heap of fried and chopped aubergines, tomatoes, red peppers and garlic, is rich and satisfying, especially when mopped up with a corner of the freshly baked artisanal bread, which arrives sliced into crunchy batons. The tzatziki is commendably cool and nourishing, with its sizable shards of cucumber, and the hummus easily outstrips the supermarket competitor on account of the body and depth of its flavour. Boureks filled with aubergine and feta are flaky on the outside and ooze on the inside, while the felafels are exposed as too dry on their own but come alive when dipped in the tzatziki.

Kül Basti is fantastic: delicate strips of grilled lamb resting on a mound of spinach and strips of red pepper, accessorized by a few roaming chunks of sautéed new potatoes. The delights of the kebab shop are transformed, Cinderella-style, into a balanced and subtle dish. All the flavours are simple and appetising, and for £13 it’s sure to be a crowd-pleaser. Sumak lamb köfte, chicken sheared from the skewer, is enlivened by the rose harissa yoghurt and pomegranate that it arrives with.

After these indulgences, dessert is a little demoralising. Orange gratin is cloying in its sweetness, which is a shame because texturally it’s great, with a crust that hovers between the glassiness of a crème brulee and the crumbly softness of an apple pie. My partner’s cardamom chocolate mousse is better, benefiting from a robust spiciness of the cardamom and a helping of fresh berries. Again, the prices are commendably within reach – both desserts are under £5.

Everything about Kitchenette – from its inconspicuous, below-the-radar name to its inoffensive decor – is reasonable, as if the entire restaurant were about compromise. But don’t let that fool you. The food here, especially the Turkish dishes, are very good. They’re also affordable. And there aren’t many places in London that can say that. 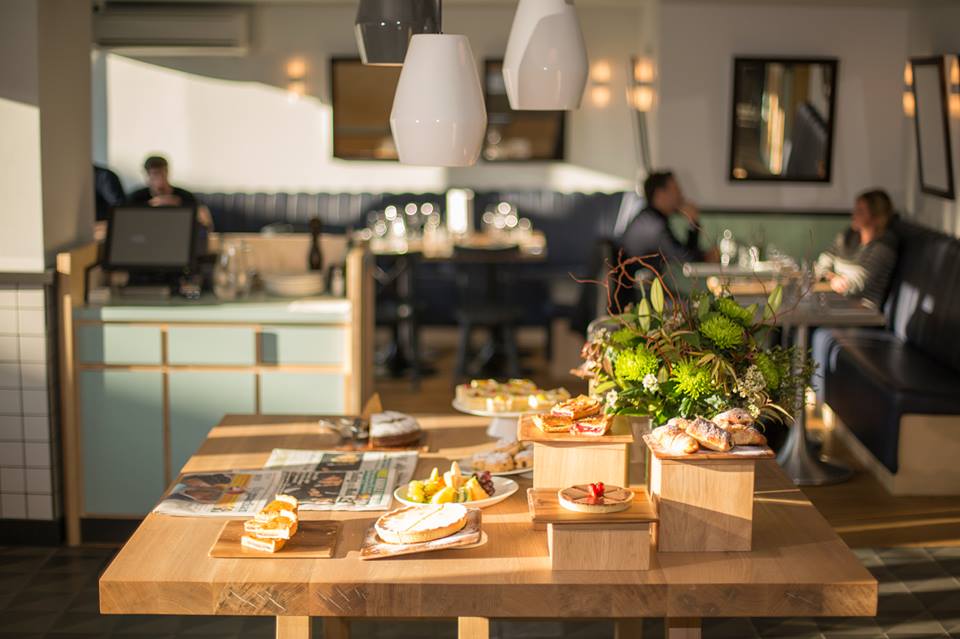 Chris is a freelance food writer based in London, UK. Bitten by a wild fountain pen in his youth, Chris has had 'writing fever' ever since, a little-known condition which currently manifests in weekly outbreaks of snappy food-related articles.