Food is where the heart is and all it truly needs. This is the general consensus behind Eat Me. Drink Me; a new pop up dining experience where scrummy homemade cooking is at its core, as well as a wee bit of tomfoolery on the side.

Mainly popping up across venues in east London, the first event, at the intimate Palm2 in Clapton, was a cosy candlelit affair combining the ambience of both a trendy underground eatery and friendly dinner party.

If hearty wholesomeness is the name of the game, then you can’t get more get more hearty or wholesome than good ol’pie, hence the event’s name Pie Hearty, also a nod to Lewis Carroll’s Alice in Wonderland, a theme which peppered the event nicely.

First up we’re treated to smoked haddock and asparagus fishcakes with homemade mustard mayonnaise, encrusted with light and crunchy panko breadcrumbs. There were no signs of pureed and unrecognisable ingredients here but rather sizeable and distinguishable chunks of fish as well of potato, all seasoned to perfection. An absolute delight.

And next was the truly hearty main of chicken, leek and smoked bacon pie with wholegrain mustard accompanied by stiff yet creamy mash and adorned with pasty shaped hearts on top. I usually feel a little cheated by lid-only pies as I tend to be a bit greedy when it comes to pastry and want the whole pie encased in it. Yet the lid did make for a very fair pastry to filling ratio and was definitely more than enough to satisfy pie-hard fans. Though, portion sizes were exceptionally generous, I managed to hoover up the lot, somewhat naively thinking I would be able to handle the dessert to come… yes another pie!

We were served a large slice of bittery sweet, lemon tart with a buttery, non-soggy bottom crust that would even please the Queen of Hearts herself. A drizzle of raspberry coulis wouldn’t have gone amiss here, but that’s just nit-picking and I still would have happily eaten an entire one myself had my bulging stomach permitted it.

The evening’s proceedings were accompanied by Alice themed games such as place mat riddles and an homage to Tweedledum and Tweedledee’s dialogue conundrums, which made for great dinner table frivolity even to rival that of the Mad Hatter’s.

If you grow curiouser and curiouser check out the next pop-up event on 24 February at: 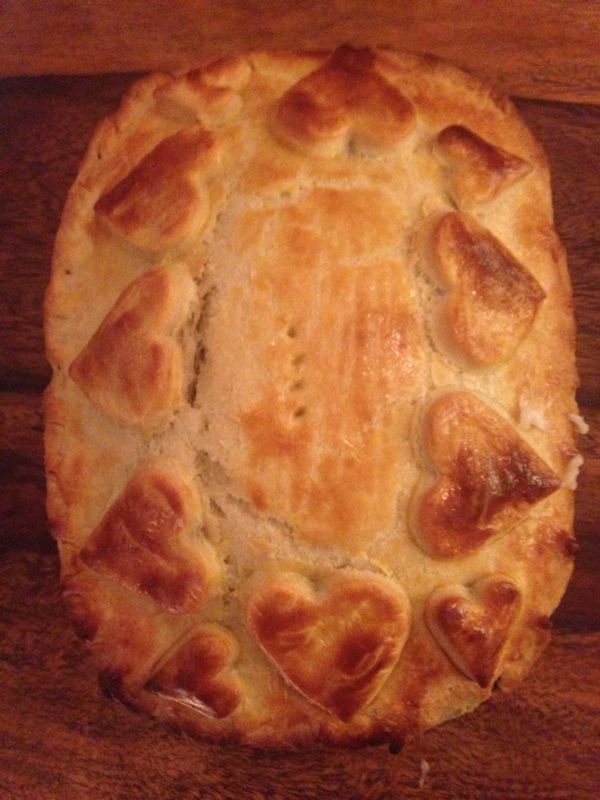