So, we’re midway through 2013 now. The human race has achieved a lot: how to shift hundreds of folk through thousands of miles of sky in lumps of metal; how to use lasers on imperfect eyeballs to restore 20:20 vision and how to turn cocoa beans into sticks of deliciousness. Alas, the secret to getting rid of the calories in good tasting grub is fairly well kept. Until now? Well, not quite.

Introducing ‘miracle noodles’ at Fulushou, a pan-Asian restaurant inside The Casino at the Empire, Leicester Square. Executive chef Wai, formerly a sous chef at The Dorchester Hotel and an expert in oriental cooking, has created a range of dishes around calorie free, carb free, gluten free shirataki noodles. These translucent noodles, unlike rice or egg ones, are made from yams and have a high water content and therefore can pass as being carb free.

Cool, huh? Although they do initially sound like the ‘miracle’ they’ve been dubbed, it’d be nonsense to start packaging them up with pics of Cameron Diaz’s abs and Rihanna’s thighs on the cellophane. Although this sounds like a dietary sensation, by themselves the noodles have very little flavour. Good job then that these four dishes have an abundance of tangy and spicy flavours that the shirataki can absorb. Only then can they technically be described as ‘yummers’.

Wai has developed four dishes based on traditional Asian cuisine. Punters can choose from Thai favourite tofu pad thai; representing Japanese cuisine is chicken yakisoba (fried noodles), while in the Korean corner there’s a platter of kimchi sizzling beef. A great big dish of sticky Mandarin prawns makes the grade to add a Chinese element to the menu.

These carb-saturated dishes would be strictly off the menu for those folk on the TOWIE fave ‘no carbs before Marbs’ diet, but in switching the type of noodle for shirataki, Wai has made these options significantly more guilt free and guzzle-able for everyone, including gluten free diners. Each dish contains carbohydrates of less than 1g, 0% fat, 0% cholesterol and 0% sodium in their noodle components.

For those who haven’t had the pleasure of wandering around The Casino, it’s worth a gander. There’s a real mix of people there from the tourists and stag dos to the more well-to-do folk having a flutter. The restaurant is open every night from 6pm and last orders are at 1.15am. While I wouldn’t suggest making a beeline for Fulushou, if it’s late and you’ve had a few too many Jägerbombs, this is a really tasty, satisfying, comfortable option which I’d take every single time over scoffing a bowel-bursting kebab on the night bus home. 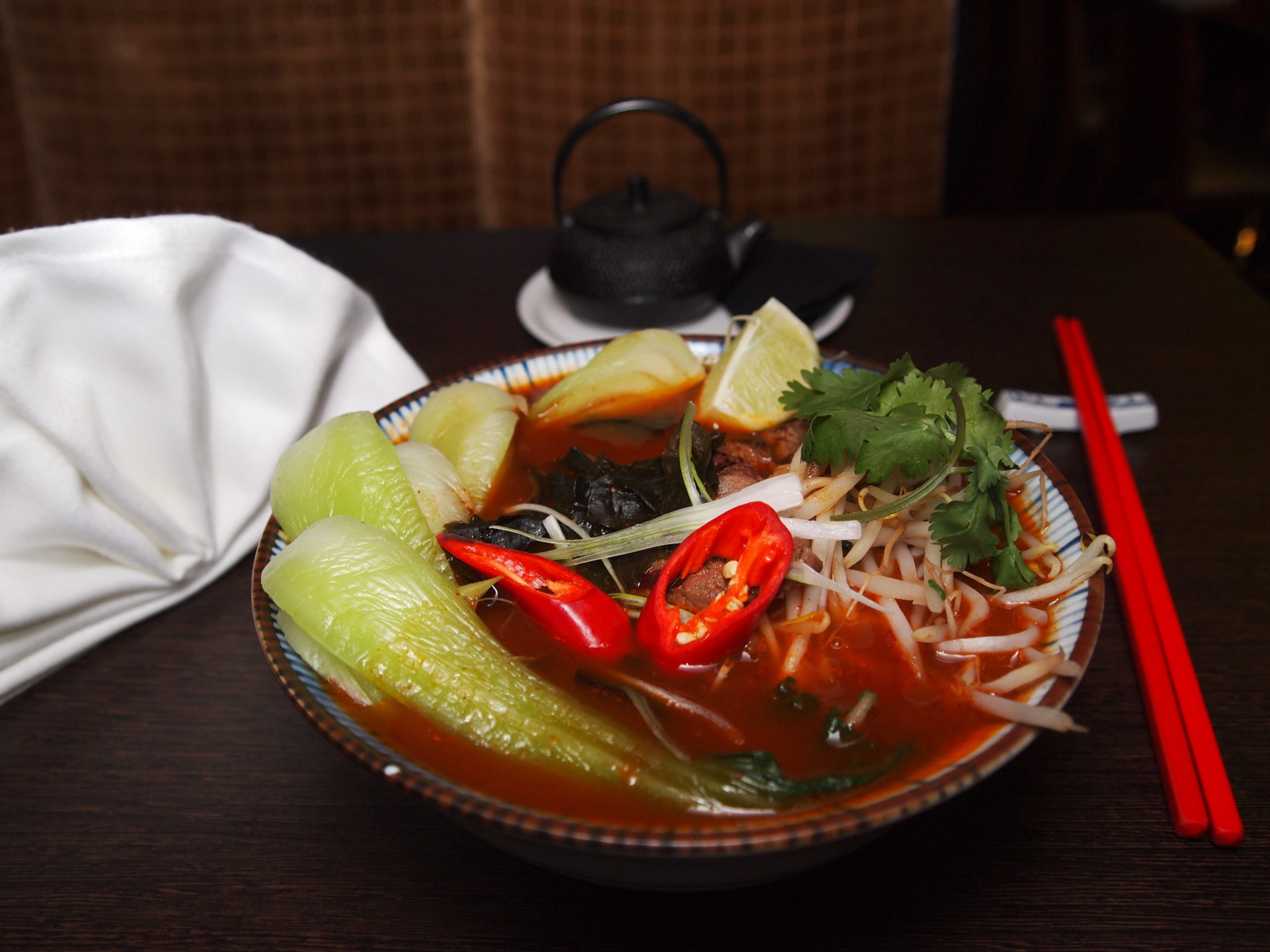 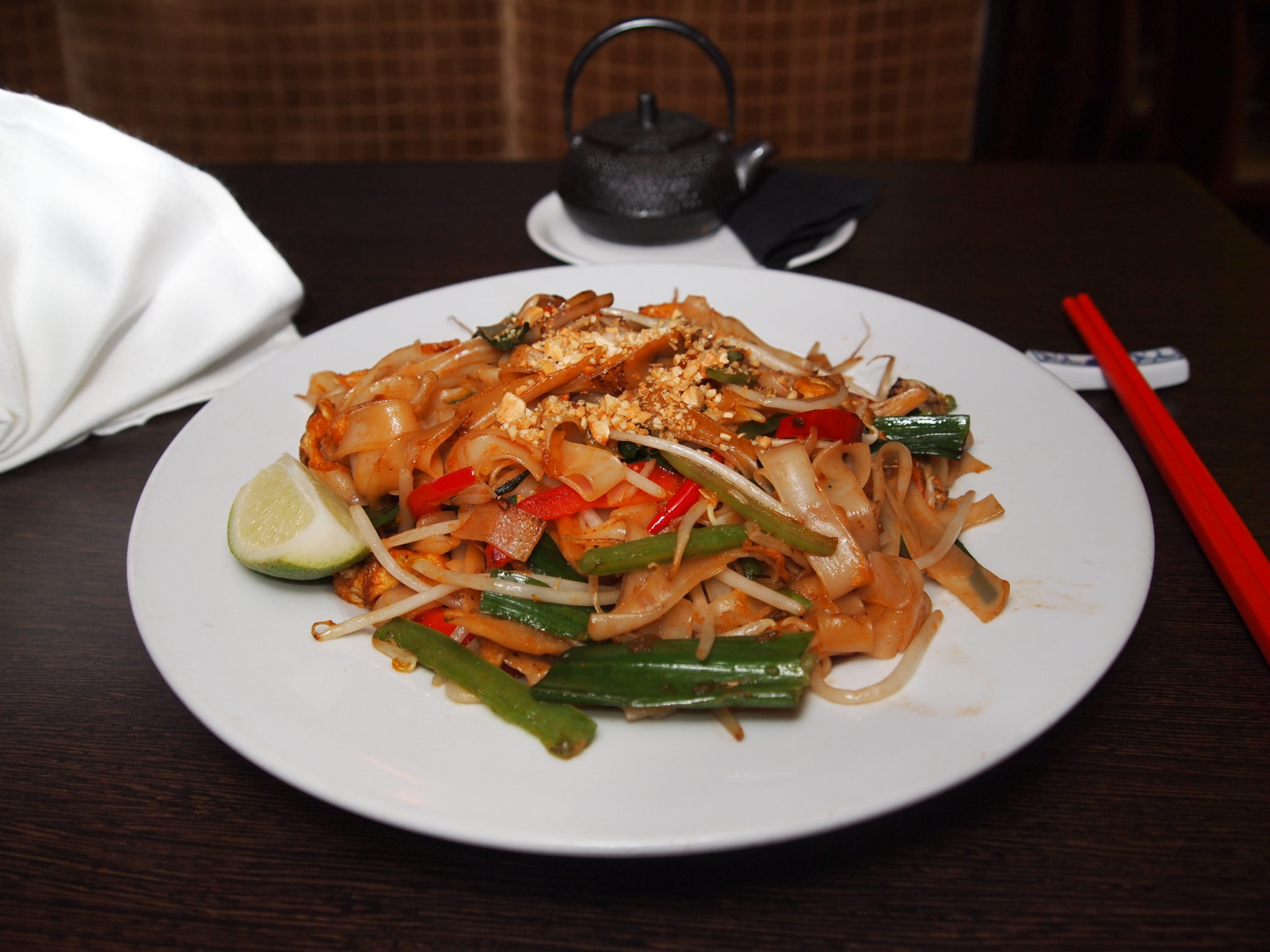 Amy is a magazine journalist from oop north who settled in the Smoke in 2011. From 9-5 her brain is saturated with Rihanna facts, Katy Perry quotes and One Direction gossip. After hours she mostly just enjoys wine and cheese. A former Bangkok dweller, she considers herself an expert on (eating) Thai cuisine.